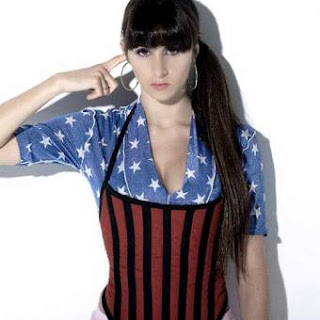 "Let’s get one thing straight: If La Mala Rodríguez repped Atlanta or New York City rather than Seville, she’d be on the cover of XXL under the headline 'Dopest Female MC Ever.'” - Andrew Casillas (Stylus Magazine)

Her debut album, Lujo Ibérico shot her to the top of the Spanish hip-hop scene in 2000 selling 50,000 copies and reaching gold status, her controversial second album, La Niña/Amor y Respeto (2003) elevated her success and popularity, and her third album Alevosía (2004) secured her position as Spanish rap royalty. Now, with the 2007 release of her latest album, Malamarismo, the hip-hop world needs break to break the language barrier and soak up the greatness that is Mala Rodríguez.

La Mala, currently signed with Machete Music (part of Universal Music Group), has collaborated with top artists like Vico-C, Calle 13, Akon, and Tego Calderon, but her ability to spit smooth freestyle makes her a stand-alone act worthy of your attention. With a voice reminiscent of Nelly Furtado, La Mala's songs are full of attitude. Fortunately, she has the skills to back it up.

Mala Rodriguez is currently finishing up a promotional tour for Malamarismo in her native Spain. To read more about Mala Rodriguez visit VH1.com.