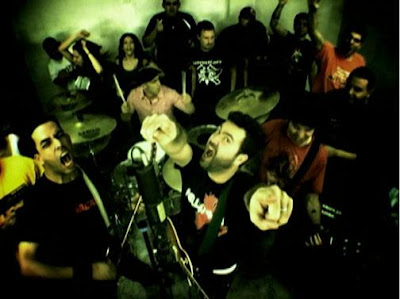 Background:
Hailing from Hialeah, Florida, the boys from Guajiro came from Cuba, Puerto Rico, and Long Beach to perform their mix of classic rock, '77 English punk, and 80s Latin rock to bring energy and soul back to the music industry. The band hopes to create lasting albums and bring their fans "honest, straight to the point, no bullshit music." The band performs in English, Spanish, or a combination of both.

Vistas Politicas:
Their recent single, "Ole" was not only used as the Latin American Soccer anthem but also as a means to put their support behind 2008 presidential candidate, Barack Obama.