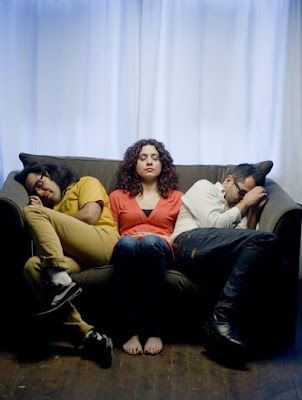 Background:
This Chicago-based group rocks the Latin Alternative scene with their groundbreaking brand of psychedelic pop music. Made up of brothers Jorge and Angel Ledezma and their chanteuse Lupe Martinez, Alla's influences include Brazilian tropicalia, Motown, German Krautrock, traditional Mexican trio music, and 60's pop sounds. With the recent release of their debut album, "Es Tiempo," this trio is set to make an impact.

Fun Facts:
Alla has been featured in Spin and FADER magazines