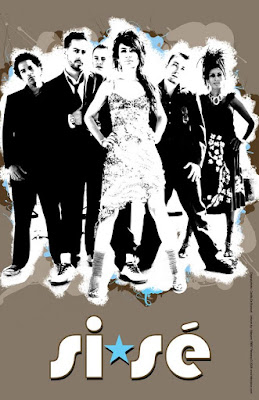 "The Truth" is a hit song by the Trip Hop/Electronica group Si*Se. The group, made up of vocalist - Carol C, violinist - Tarrah Reynolds, percussionist - Neil Ochoa, programmer and keys - U.F. Low, drummer - Farley, and bassist - Morgan Phillips, has had their music featured on Sex and the City, One Tree Hill, and Six Feet Under, and have shared the stage with top acts like Norah Jones, Cesaria Evora, and James Brown.

"The Truth" is a love song that lulls listeners into submission with Carol C's sweet, yet vulnerable vocals. For lack of an actual video, I selected a One Tree Hill montage (dedicated to my little sister because it's her favorite show ;). With instrumentals reminiscent of a Spanish lullaby, "The Truth" has an addictive and sexy quality that is sure to hook anyone within ear shot.

As mentioned in a previous post, Si*Se will be playing alongside Los Amigos Invisibles from February 6th - 12th for a series of West Coast Performances at various House of Blues locations and two shows at the Independent in San Francisco.