Voto Latino Debuts at #1 on iTunes 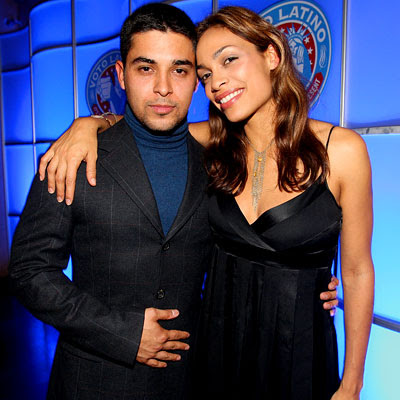 Voto Latino, a 15-track album to benefit the leading non-partisan organization for Latino youth voter empowerment - Voto Latino, debuted at #1 on the iTunes Latino Album Sales Chart, on its first day of sale.

The album features songs by Pitbull, Don Omar, Aterciopelados, Aventura, David Garza, and Ozomatli and costs a mere $3.99 to purchase on iTunes. The song, "Across the Waters," is a previously-unreleased song by Miami's on rapero, Pitbull, based on the strugglees faced by Cuban Immigrants. This is a song the hip-hop hero feels emotionally connected to.

"To me it's great to have a record like 'Across the Waters' involved with Voto Latino/iTunes because it represents everything we [Latinos] stand for, which is the struggle for freedom and opportunity," says Pitbull in a press release by Nacional Records, the label who released the album.

Hollywood starlet Rosario Dawson, and That 70's Show's Wilmer Valderrama are the co-founders of Voto Latino. Both starred in a widely circulation telenovela parody public service announcement to get the word out on their organization and the power of the Latino vote.

The organization was founded in 2004 as a non-partisan organization "that works to promoe an enfranchised America by leveraging celebrity voices, the latest technology and youth themselves to promote positive change and voter empowerment throught the Latino community."

Voto Latinos hopes to reach the 7 million American Latino voters ages 18-29/18% of the American youth vote and get them out to the polls for Novembers' 2008 elections.

Nacional Records and iTunes will donate the proceeds from the album to Voto Latino's voter registration, education, and empowerment initiative.

RECUERDA: Don't forget to "Rock the Vote" in November

A great album for a great cause! I would love to see a Voto Latino Tour! Let's rock the vote!